I recently read an interesting article on a vendor website – I got there after one of their spam emails caught my eye – “8 Signs You Need to Replace Your Legacy Enterprise Software” – I had to read that! I know a little bit about legacy software, and I was really curious about what they had to say. I have to admit that I was a little disappointed.

The 8 identified signs were:

First sign, “It Doesn’t Do Everything You Ask It to Do” – is definitely a fair statement. How many of your favorite legacy applications do that? Not many. But how many of your desktop business applications do that? For that matter, how many of your fave smartphone apps do everything you ask of them? Microsoft Word gets me riled at least once a week – am I going to look for a replacement? Probably not, since most people I deal with also use MSW, and as much as I dislike it, MSW does give me a ubiquitous format that makes document sharing pretty straight forward. So I’m not moving on from it. My fave smartphone sports app doesn’t give me all the Canadian scores. Will I switch? Sure, if another app gives me everything it does PLUS the Canadian scores. Haven’t found one yet. Not switching. So your legacy software doesn’t do everything you want? That’s not a shocker. But I’m going recommend you look for the best option in the long run; I don’t recommend just dumping it, and going through the pain, cost and risk without making a well-informed decision.

Third, “The Technology Fix Isn’t In” was a little weak to say the least, especially with this statement: “you can either migrate to a new system that can provide the needed capabilities, or simply forego adopting the new technology.” Um. No. There are always options. Hybrid solutions, anyone? Elegant interfaces between new technology and legacy systems? Your bank’s mainframe systems didn’t have to go away when everyone wanted mobile access to their bank accounts. When you pay a bill or make a purchase using your smartphone, it is actually accessing some bank’s legacy mainframe – every time.

Number four, “You Want to Stay Competitive” – that’s fair. Customers may want to track the status of an order online, without having to pick up the phone? Front-end interfaces to legacy systems have been doing that for years.

Five, “Lack of External Support” is a real concern. However, it is probably a solvable problem. The skills gap represents the need for a plan, not necessarily the need for a technology swap-out. This article speaks well to this point: “Making a Modern Mainframer“. The main point being, What? New programmers aren’t smart enough to learn COBOL?

Six, “Lack of Internal Support” – similar problem, similar solutions. Not to belittle these challenges – they’re serious enough – but the need is to formulate a good plan and execute. This is a problem that can be solved in many ways, and a migration from legacy systems is just one of those solutions.

Seven, “User Unfriendliness” – this is a challenge, but far from an insurmountable one. It is being solved now, and has been by many IT organizations in recent years. Customer’s mobile needs are a serious disruptive force that must be taken seriously. And they have been, while using legacy systems. There are solutions available now from IBM and other vendors that allow millennial programmers to create new mobile apps that can leverage legacy applications without altering them. In effect, providing user friendly interfaces for legacy applications, at a fraction of the cost, time and risk of developing brand new replacement systems from the ground up.

Eight, “Lack of Mobility” – see above.

To be fair to this company, they do state that they have no stake in whether an organization running legacy systems migrates or not. However, the entire article does a pretty good job of convincing someone to do just that. That is, someone highly motivated to migrate from legacy systems, or someone unaware that there are many options to consider besides a migration project.

Digital Denial: Why You Can’t Trust the Application Economy

The NYSE and a major airline shut down and, in the case of the airline, shuts down twice… 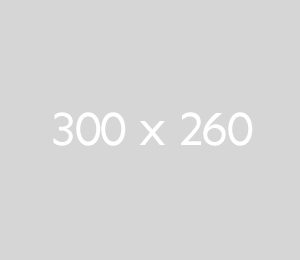